Paul Orselli’s interest in sharing ideas with people and creating interactive devices began when he was a child growing up in Detroit. While earning his B.S. in Anthropology and Zoology from the University of Michigan and his M.A. in Science Education from Wayne State University, Paul realized he could have a job making “cool stuff” by working in the museum business.

For nearly 30 years, Paul has worked to create inventive science museums and playful children’s museums, including director-level positions at the Discovery Museums in Acton, Massachusetts, the Ann Arbor Hands-On Museum, and the Long Island Children’s Museum.

Paul has consulted on museum projects throughout North America, Europe, and the Middle East.

His clients include such notable organizations as the New York Hall of Science, the Exploratorium, the National Science Foundation, and Science Projects in London.

In addition to regular presentations at national and regional museum conferences, Paul has also been the editor and originator of the four best-selling Exhibit Cheapbooks, published by ASTC, and has served on the board of NAME (National Association for Museum Exhibition). 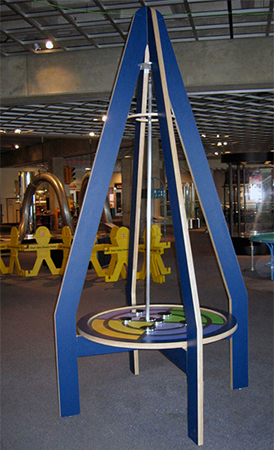